And the Winner Is

The winner was revealed as Roam Reality which was developed by Arielle Du Quesnay, Zwede Hewitt and Mahmoud Mattan. Roam Reality is a game created to mirror the popular Pokemon Go in a local context. RoamTT, the foundation brand for Roam Reality, has carved a space in the adventure hunt realm. The core brand has also developed a fanbase & market of outdoor enthusiasts in T&T and is well known amongst visiting tourists.

Speaking at the event, Senator the Honorable Hassel Bacchus, Minister in the Ministry of Public Administration and Digital Transformation said that he was quite pleased with the work that he has seen CARIRI do and has challenged the Institute to continue to carve out a niche for itself in the Information and Communications Technology (ICT) space. The Minister went on to state that ‘this new world of AR and VR will definitely become a part of the way we interact with various systems and programmes as they have so many applications. Apart from the games, leisure and entertainment sectors, AR and VR have now become a staple of many other sectors including e-commerce and retail, as you would have seen during the course of the pandemic – the whole online shopping experience is being re-thought both locally and internationally to create a more interactive experience for the user.’

CARIRI’s Chairman, Mr Hayden Ferreira echoed the Minister’s call and stated that ‘when COVID-19 happened, CARIRI had to rethink its strategy for idea generation and came up with new programmes to continue encouraging persons to submit their ideas to the project. It is because of restrictions in movement imposed due to COVID-19, the team predicted that the demand for Augmented Reality (AR) and Virtual Reality (VR) solutions is likely to increase therefore this Challenge was devised in order to generate interest in this technology locally and we were not disappointed. The range of submissions from every field was impressive and we were pleasantly surprised by the level of interest that we received’.

CARIRI launched the AR/VR Challenge in November 2020 and the quality of the applications was impressive. Judges chose ten teams to move forward and they did a 5 minute ‘elevator pitch’ via Zoom. Following this, five finalists were chosen and they were given one month to develop a business proposal to tell the judges how they planned to commercialise their solution. In January 2021, again, the participants had to make a presentaiton to the judging committee via Zoom and from there the winner was chosen.

Two of the judges on the panel were directly sourced from AMCHAM Trinidad and their Digital Transformation Committee. Mr Kiran Deosingh of Ramps Logistics and Mr Jimmy Berkeley of AVASANT, both took up the challenge to be a part of the panel.

The first prize for the CARIRI AR/VR Challenge is $40,000.00 worth of services to push the winning solution through to commercialization. However, due to the level of development and the commitment of the other four teams, CARIRI has decided to work with all the finalists to get their solutions to market. 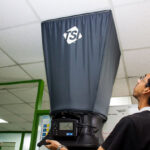 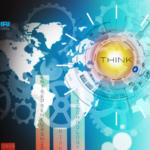 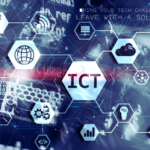 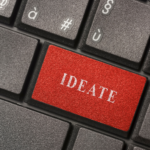