On December 21st, 2015, the Caribbean Industrial Research Institute (CARIRI) and the Intellectual Property Office (IPO) of the Ministry of the Attorney General and Legal Affairs renewed their commitment to formalize and promote collaboration between the agencies via the signing of a Memorandum of Understanding.

Held at CARIRI’s Centre for Enterprise Development (CED) in Freeport, the signing of the MOU symbolizes the expressed intent of the institutions to expand and deepen collaboration in the area of Intellectual Property Rights (IPR), with particular focus on capacity building in the areas of Patent Searching/Mining, Technology Transfer, Licensing and the establishment of a Technology Transfer Office at the CED. The MOU is a direct outcome of informal collaboration between the agencies on various initiatives which have been on-going since 2013 and sets the stage for continuation and acceleration of these activities going forward.

Among the initiatives which have been the focus of CARIRI-IPO collaboration are technical and advisory assistance provided by the IPO in formulation of an Intellectual Property Policy for CARIRI, the provision of training for select CARIRI staff members in the area of Patent Mining, the provision of advisory support to CARIRI’s Business Hatchery Programme and the conduct by the IPO, in partnership with CARIRI, of a free IP Clinic which is held on the first Thursday of each month at the CED and is open to interested members of the public. It is expected that these activities would continue and expand in 2016.

In his address to invitees, the Chief Executive Officer of CARIRI, Mr. Liaquat Ali Shah, emphasized the crucial role of IP in the Institute’s thrust to build capacity in the area of Research, Development and Innovation (RDI) as a central plank of its strategy to foster business expansion and new business creation, with the ultimate objective of contributing more substantively to the pursuit of economic diversification. In this regard, he made reference to IP as being “the common thread that runs through the entire Research, Development and Innovation spectrum”.    He further stated that “we live in a country in which awareness of IP is such that few recognize that they are creators of IP and even fewer the value of what they have created”.  Mr Shah felt assured that the partnership between CARIRI and the IPO could go a long way in closing this gap.

The keynote address was given by the Honourable Stuart Young, Minister in the Ministry of the Attorney General and Legal Affairs.  Minister Young reiterated Mr. Shah’s sentiments in stating that “local innovators may be underestimating the value of their own creation”.  He further stated that in this new knowledge-based economic dispensation, it was the actual creation, and not so much the raw material that really mattered.  In drawing reference to the significant, potential businesses opportunities available from the exploitation of expired patents and those not filed locally, Minister Young indicated that he was heartened to see the work that the IPO is doing and the valuable contribution it is making towards the promotion of a knowledge economy.  He noted that the volume of demand for IP education signals that we will soon get to the critical mass needed in terms of knowledge workers necessary to support this knowledge economy.

The MOU was signed by Mr. Liaquat Ali Shah of CARIRI and Ms. Lydia Jacobs, Permanent Secretary in the Ministry of the Attorney General and Legal Affairs, Legal Affairs Division, and witnessed by Mr. Regan Asgarali, Controller (Ag) at the IPO. 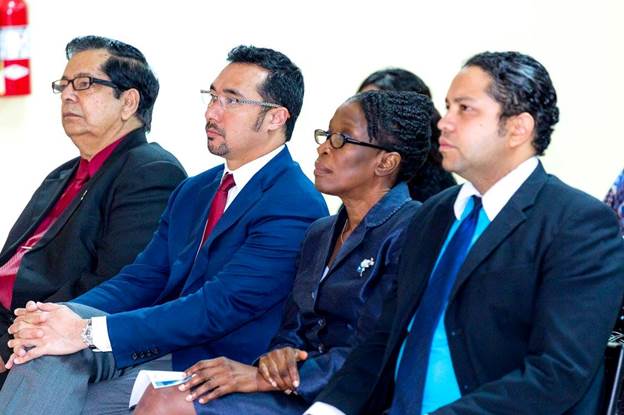 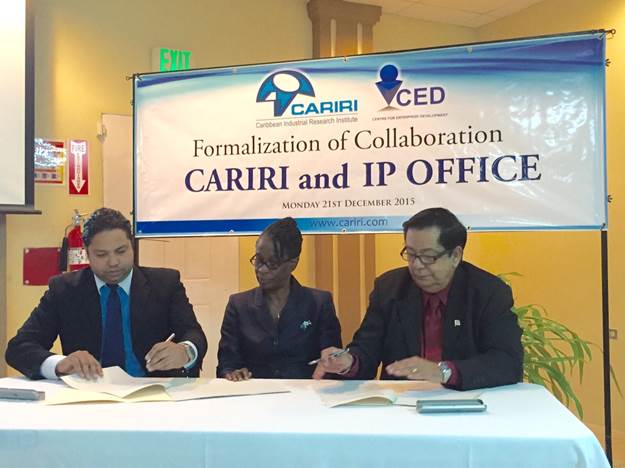