The Caribbean Industrial Research Institute (CARIRI) under the sponsorship of the Green Fund Unit of the Ministry of Planning and Development, Government of the Republic of Trinidad and Tobago (GORTT) undertook a study to develop an eco-friendly and cost-effective intervention for the biodegradation of organophosphate pesticides in agricultural soil using the indigenous bacteria. The areas selected for the study were the north and north east of Trinidad where short-term crops are cultivated and organophosphate pesticides are used.

The goal of this project is to develop an eco-friendly and cost- effective intervention to degrade organophosphate pesticides in soil by using the indigenous bacteria. This intervention will seek to reduce some of the pollution in the environment and prevent future bioaccumulation of some of the toxic metabolites and pesticides in the ecosystem. The knowledge gained from this intervention will be shared with the stakeholders of the project and is intended to provide some benefit to the farmer and the environment.

The project entitled “Biodegradation of Organophosphate Pesticides” (BOPP) consists of two phases, I and II. In Phase I, a feasibility study was conducted to determine the prevalence of organophosphate use and to detect and quantify the microflora in the soil capable of metabolizing organophosphates for Phase II of the study. Data were collected on twenty- three agricultural plots via site visits and a questionnaire. Soil samples and at some sites run-off water were collected from eighteen sites for testing. Microbial analysis showed that the total bacterial concentrations ranged from 105 to 106 Colony Forming Units per gram of moist soil. This indicates the presence of a high concentration of viable bacteria. The strains Bacillus sp., Pseudomonas sp. and the KECS group (Klebsiella, Enterobacter, Citrobacter, Serratia) capable of metabolizing organophosphates were present in the soil at these levels. Glyphosate and Diazinon were selected for the biodegradation intervention in Phase II and six agricultural plots in the areas of Orange Grove, Cunupia and Caura were selected for further study. 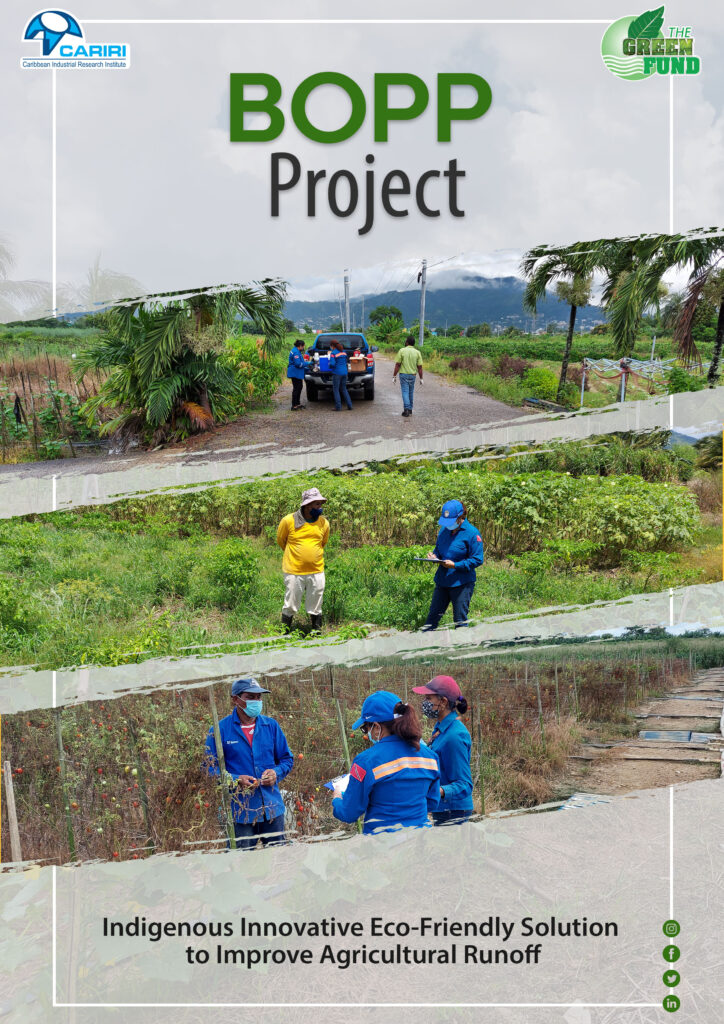